Share a memory
Obituary & Services
Tribute Wall
Read more about the life story of Charles and share your memory.

Charles “Chuck” Arthur Blumke, 75, of Alanson, entered eternal rest on Wednesday, January 18, 2023. Born on February 1, 1947, in Petoskey, MI to Russell and Sadie (McDonald) Blumke. He grew up in Alanson, attending Littlefield Public School and beginning many years of Blumkes playing basketball for Alanson.

He began working for his father at Russ Blumke Excavating prior to graduating high school in 1966. Chuck enlisted in the Navy without his parent’s knowledge prior to graduation. Right after graduating high school, June 1966, he entered boot camp. While home on leave, September, 1966, he met the love of his life Rhea (Grubaugh) Blumke on a blind date initiated by his brother Bill. In May, 1967, Chuck mailed an engagement ring to Rhea and they were married, December 2, 1967, for 55 inseparable years.

Chuck was stationed in Davisville, Rhode Island, as a Navy SeaBee and was honorably discharged in 1969; thereafter, Chuck and Rhea made their home in Alanson, raising their two children. Chuck returned to work at Russ Blumke Excavating (later known as Blumke & Sons). In 1986, he became co-owner of Blumke Bros Excavating & Redi-mix, with his brothers. In 2010, Chuck retired to spend the rest of his years enjoying his hobbies of hunting, golfing and mowing the fields, sitting as a trustee for Maple River Township, but mostly sitting alongside Rhea (or anyone wanting to stop by) watching wildlife in his favorite spot, their covered front porch. His most favorite activity above all, was spending time with Rhea and their children, but getting the most pleasure out of spoiling his grandchildren and great-grandchildren.

He is survived by the love of his life Rhea (Grubaugh) Blumke, their children, Stephanie (Cliff) Keller, of Petoskey, MI, and Todd (Courtney) Blumke, of Alanson, MI. Five grandchildren, Marshal and Sean Keller, and Kaitlin, Ashley, and Mamie Blumke. Five great-grandchildren, Grayson, Lailah, Kimber, Thomas, and Patrick, along with 2 additional great-grandsons he was very excited about, both arriving in June, 2023, Charles and Richard. Siblings, Bill (Deb) Blumke, Bob (Donna) Blumke, Peggy Blumke, Jim (Deb) Blumke, and Ross (Crystal) Blumke; and many nieces and nephews.

He was preceded in death by his parents Russ & Sadie Blumke, brother Doug Blumke, and his favoritest mother in-law ever, Wilma Grubaugh.

There will be a funeral service, Wednesday, January 25, 2023 at Stone Funeral Home in Petoskey at 11:00 am. The family will receive friends and family from 10:00 am until the time of service.

In lieu of flowers, the family requests a donation to the Emmet County Veterans Affairs or a VA organization of your choice.

To send flowers to the family or plant a tree in memory of Charles Arthur Blumke, please visit our floral store. 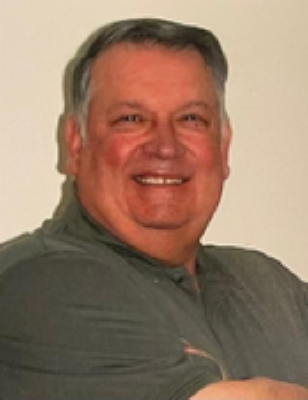