Share a memory
Obituary & Services
Tribute Wall
Read more about the life story of David and share your memory.

David was born and raised in Cheboygan, Graduating from Cheboygan Area Highschool in 1986. He then settled in Cheboygan, married, and started his family- having his only child, Katelyn in 1999. He later went on to work in the North Dakota Oil Pipelines- before returning to Cheboygan and driving truck for local excavating companies.

David was a man of many loves- he loved the outdoors, hunting, fishing, shooting sports, and spending quality time with family & friends. He also enjoyed going to the Sportsman's Club and watching race car driving. David had plans to teach the next generation of hunters- starting with his nephews and future grandchildren.

As one of David's brothers once said… "David had a heart as big as his body". He would do anything for anyone at the drop of a hat. He could strike up a conservation with a complete stranger, but was never a stranger long-  He could make friends with anyone who crossed his path.

David had a great smile to go along with his big heart and loved his family unconditionally- But he loved his companion, and German Shorthair- Buck most of all.

David is survived by his daughter, Katelyn Borowicz, his girlfriend Kelly Kloss, Siblings Cathy (Rick) Tallman, June (David) Poffenberger, Joe (Tammi) Schley, Christine (Bill) Weatherwax, Aaron Schley, and Jacob Schley, along with many aunts, uncles, nieces, nephews, and cousins. He is also survived by his close friends Gale, Raymond, & Ricky.  He is preceded in death by his parents and infant son, Jared.

A visitation will take place at the Nordman-Christian Funeral home on Friday December 2, 2022 from 5:00 - 8:00pm. A celebration of life will be announced at a later time.

In lieu of flowers, contributions in David's name may be made to his daughter, Katelyn Borowicz; An account has been set up at Straits Area Federal Credit Union in Cheboygan to assist with funeral costs.

To send flowers to the family or plant a tree in memory of David Lewis Schley, please visit our floral store. 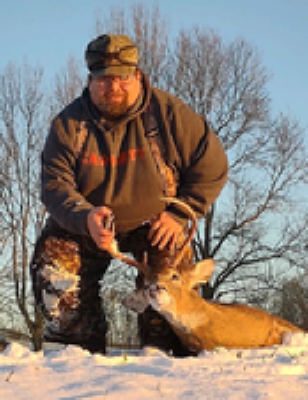 You can still show your support by sending flowers directly to the family, or by planting a memorial tree in the memory of David Lewis Schley
SHARE OBITUARY
© 2023 Stone Funeral Home, Inc.. All Rights Reserved. Funeral Home website by CFS & TA | Terms of Use | Privacy Policy | Accessibility