Share a memory
Obituary & Services
Tribute Wall
Read more about the life story of Lyla and share your memory.

Lyla Marie Hankins (nee: Rahn) age 86, passed away January 15, 2023 at Grandvue Medical Center. Per her wishes, there will be no service. Family will scatter her ashes in the beautiful scatter garden at Greenwood Cemetery overlooking Little Traverse Bay in the area where she raised her family.

Lyla was born on January 2, 1937 in Newberry, Michigan and raised there along with her two sisters. As a young girl she learned to be an overcomer after losing her mother when she was 8 years old, surviving polio, and living during the Depression. She attended Lutheran schools and eventually moved to Petoskey with her father who remarried.

She met and married Henry Hankins in Petoskey, Michigan where they began their family with the birth of Sheila. The small family then moved to Augsburg, Germany where Hank served in the 101st Airborne Division and where their son, Henry was born. Once discharged, they moved to Ohio and then back to Petoskey where they welcomed their son, Lyal. At some point, Lyla decided to assign nick names to her entire family so they were known as Hank, Perky, Cheech, Ryp and Dondi.

Lyla attended the nursing program at NCMC but went on to work in security at Giantway in Bay View. She then accepted a position as a private investigator and remained in the Petoskey/Harbor Springs area until her divorce from Hank, when she moved to Midland, Michigan. While there, she continued her PI work and also worked at the beautiful Dow Gardens. Upon retirement she moved back to northern Michigan where she volunteered at The Rainbow Shoppe, attended Charlevoix Assembly of God church, and enjoyed being closer to family.   Lyla was a wonderful grandmother and quite a cat lover.  She stood up in her son Lyal and Lois’ wedding and died on their 24th anniversary.

To send flowers to the family or plant a tree in memory of Lyla Hankins, please visit our floral store. 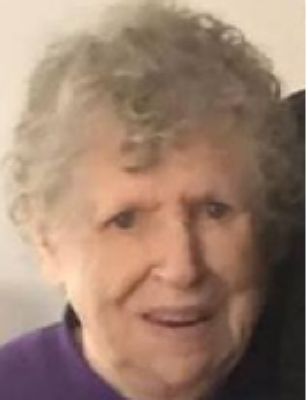 You can still show your support by sending flowers directly to the family, or by planting a memorial tree in the memory of Lyla Hankins
SHARE OBITUARY
© 2023 Stone Funeral Home, Inc.. All Rights Reserved. Funeral Home website by CFS & TA | Terms of Use | Privacy Policy | Accessibility