Share a memory
Obituary & Services
Tribute Wall
Read more about the life story of Maureen and share your memory.

Maureen Ellen Burskey, 56, of Harbor Springs, Michigan, passed away peacefully January 17, 2023, at home, surrounded by her loving children, several other family members, and friends. She fought incredibly hard against pancreatic cancer over the past two years. She was courageous throughout her battle and left this mortal plane with so much dignity and grace.

Maureen was born April 18, 1966, in Highland Park, Michigan, the daughter of Mary Helen Watkins (Young) and Donald Gerald Burskey. On February 21, 2004, she married her husband, Robert at the historical Meadow Brook Hall in Rochester, Michigan. Over the next several years, they lived in Northville, MI and then Ann Arbor, MI. After spending as much time as possible at their home in Harbor Springs over the years, they were elated to finally move there permanently in 2019.

Before meeting Robert, Maureen had a pivotal career working with Gyro, a design firm in Detroit, Michigan. She always had an eye for design and art, which she continued to use throughout her life. After she and Robert married, she was an important part of Robert’s businesses as a bookkeeper and partner. They enjoyed many years of working closely together.

When she wasn’t in her office, Maureen loved traveling the Great Lakes on her and Robert’s boat, listening and dancing to Chicago songs, and enjoying time with friends. Her main passion was her family. Some of her favorite things to do were eating Robert’s homemade, delicious meals, watching Gilmore Girls with her daughter, Bridget, and going to sporting events with her son, Conor. Anyone who knew Maureen was touched by her kindness, laughter, and her capacity to be utterly genuine.

Maureen was preceded in death by her husband, Robert Burskey; parents, Mary Helen and Donald; and brother, Kenneth.

A visitation for Maureen will begin at 6:00 PM and go until 8:00 PM on Friday January 20, 2023, at Stone Funeral Home in Petoskey. A funeral mass will be officiated by Father Joe Graff on Saturday January 21, 2023, at 11:00 AM at Holy Childhood Catholic Church in Harbor Springs with a visitation beginning at 10:00 AM.

It is important to Maureen’s family that a cure for pancreatic cancer be found so that other families do not suffer a similar tragic loss. In lieu of flowers, donations in Maureen’s memory are asked to be directed to: Project Purple Inc. at https://donate.projectpurple.org/campaign/purple-360/c336730

To send flowers to the family or plant a tree in memory of Maureen E. Burskey, please visit our floral store. 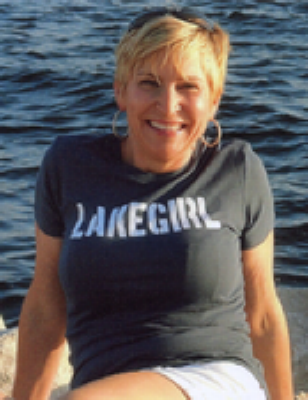