Share a memory
Obituary & Services
Tribute Wall
Read more about the life story of Michael and share your memory.

Michael was born on December 27, 1945 in Lansing, MI, the son of Avery and Caroline (Owen) Coulter.  Michael proudly served his country in the United States Coast Guard for 8 years.

On August 28, 1976, Michael married the love of his life, the former M. Kay Anders at the St. Francis Xavier Catholic Church in Petoskey.

Michael worked at Fisher Body in Lansing for many years.  After moving to Petoskey he worked at Bay Buick, Pontiac and Cadillac for 12 years.  It was at this point that Michael went to work at Petoskey Plastics as a Sales Representative and Sales Manager.  During his 22 year career with them, he made sales trips to several states and Japan.

He was a member of the Petoskey Chapter of the Knights of Columbus, and the Fraternal Order of Eagles in Petoskey.  Michael had many hobbies, one of which was making wine with his buddies. He also  attended a weekly coffee group with several local men.  He was a member of St. Francis Xavier Parish in Petoskey and was a devoted Catholic, faithfully attending church and Mass.  Michael’s greatest joy was his family.   His favorite pastime was spending time with family, and  boating on the weekends.  Even when working, he and his wife, Kay, traveled together to many states and even overseas to Europe.

He was preceded in death by his parents; and by 4 siblings, Phyllis (Bert) Pierce, John Coulter, Lee Coulter, and Jerry Coulter.

The family will receive friends at the St. Francis Xavier Catholic Church on December 7th from 10-11am, followed immediately by a funeral Mass at 11am.  Michael will be laid to rest at Greenwood Cemetery in Petoskey.  Luncheon to follow at the Grand Unity Event Center.

To send flowers to the family or plant a tree in memory of Michael Coulter, please visit our floral store. 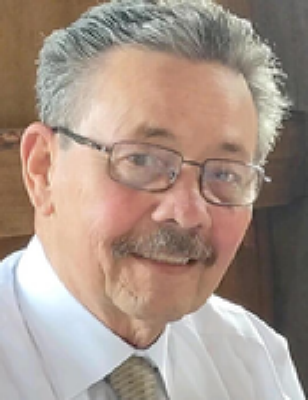