Share a memory
Obituary & Services
Tribute Wall
Read more about the life story of Michael and share your memory.

Mike was born on May 14, 1950, to Carl and Mildred (Crapsey) Lutz. He attended Alanson Littlefield public schools and graduated in 1968. He grew up on his parent’s farm, learning the ways of farming from his father and growing to appreciate the outdoors that surrounded him.

On a chance encounter, Mike met his future wife Cindy Munson at a stoplight in Petoskey. They were married a couple years later in Boyne City on May 20, 1972. This past May they celebrated their 50th wedding anniversary.

Mike, or “Toots” or his favorite title “Papa/Grandpa”, was a very talented man. He had a great understanding of mechanics, building, and farming. He could build a house from the ground up, rebuild the engine of a tractor or car, or birth a calf. He was always happy to share his knowledge, or use his skills to help others.

He found pure bliss in simple things, like admiring his (slowly) growing watermelon, or driving his tractor that he loved so much. There was nowhere in the world that he would rather be than at home on the farm. Many of his favorite memories came from his days of farming and he would often mention how he missed dairy farming, even though the hours were long and the work was back breaking. After he was done dairy farming, he still continued to make hay every summer. Farming was deeply ingrained in him, it was all he knew.

Mike wasn’t the type of person to outwardly express his love for his friends or family; acts of service was his love language, and his family felt that constantly. Many wouldn’t know from looking at him that he was courageously battling two stage-four cancers for the past few years. He continued with his daily chores, from vehicle maintenance, tinkering on the tractor, and cutting and splitting wood. On January 20th, his pain came to an end. His final resting place will be the farm; the place he always called home.

Wherever his next endeavor is, we know it is full of tractors, a new shop with all the tools, endless History Channel episodes, and most importantly, no pain.

Mike was preceded in death by his parents; brother-in-law James Munson; sister-in-law, Sharon Munson; and his nephew, Bryan Lutz.

A memorial service will be held at Bob’s Place Restaurant in Alanson on January 28th from 3:00-5:00 p.m.

Arrangements are in the care of Stone Funeral Home, Petoskey.

To send flowers to the family or plant a tree in memory of Michael L. Lutz, please visit our floral store. 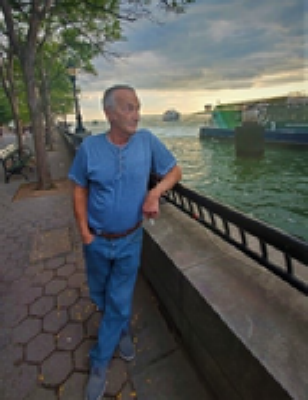