Share a memory
Obituary & Services
Tribute Wall
Read more about the life story of Richard and share your memory.

Richard H. Witulski, 83, of Indian River, Mich­igan passed away on Monday, January 16, 2023 peacefully at home surrounded by his fam­ily.

Richard was born July 6, 1939 in Detroit, MI, the son of Henry and Sophia (Sprusinski) Witulski. He grew up in Detroit and attended school at the University of Detroit Jesuit High School. Richard was the first male graduate of the Registered Nursing Program at Macomb College.

On May 15, 1965, he married Theresa J. Stamins­ki in Detroit at the Transfiguration Catholic Church. They shared 57wonderful years of mar­riage, including a mutual birthday each year, raised three beautiful children and eventually retired to Burt Lake in Indian River.

Richard was a veteran of the US Army where he served at the Landstuhl Memorial Hospital in Germany. Upon completion of his service in the Army, he continued his career in the medical field for 42 years as a nurse in the ER, CVU, and ICU. Nursing was a true passion for him as he enjoyed mentoring new staff and personnel.

Richard was an active member of the Knights of Columbus, serving as Grand Knight, Faithful Navigator, and District Deputy. He was a boy scout leader for 5 years, owner of Triple-M out­door Power Equipment in Indian River, and very instrumental in the foundation of the EMS system in Harrison Township, MI.

In his early years, he liked camping with his family, bowling and fishing. After retirement, he enjoyed spending time with his family, watching football and baseball, and tinkering in his garage.

Richard was preceded in death by his par­ents, Henry and Sophia. He is survived by his wife, Theresa and three children; Michael (Teri) Witulski, Matthew (Kristine) Witulski, and Mi­chelle Belanger (Witulski). Richard and Theresa have been blessed with 10 grandchildren and 6 great-grandchildren.

A funeral mass will take place at St. Anthony’s Catholic Church in Mackinaw City on Saturday, January 21 at 11am with family greeting friends one hour prior. Fr. Jim Gardner will officiate.

Memorial contributions can be made to St. Jude Children's Research Hospital.

To send flowers to the family or plant a tree in memory of Richard H. Witulski, please visit our floral store. 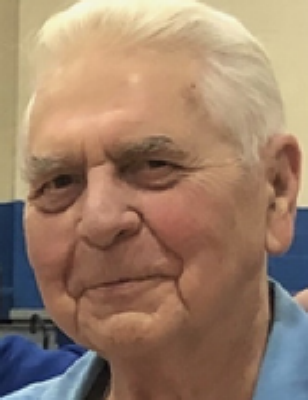